Competence Center: Advanced Systems of Efficient Use of Electrical Energy

The development of smaller production and distributed renewable energy sources (DRES), such as photovoltaic modules (PV), wind turbines, gas turbines and internal combustion engines for home use with cogeneration, hydrogen cells, etc., introduces new aspects of production, transmission, distribution, storage and electricity consumption. The increase in the share of DRES significantly affects the operation of the distribution network, while offering a number of new possibilities for network users.

The electric power system (EES) in Slovenia, as we knew it, is based on the simple fact that electricity could not be stored, so production and consumption must be balanced all the time. DRES, with its changing production of electricity in the classical EES, introduced new elements of operation. Their presence was welcomed in terms of general energy dependence from fossil fuels, difficulties by placing large energy facilities in space and reducing CO2 emissions but the large number of DRES can cause the classically-built EES to become cluttered in the very foundations and can no longer provide reliable, safe and economical electricity supply.

For this reason, we needed a new concept of the electricity network – SmartGrid, which still stands on the solid foundations of the existing conventional power system with central production, central management and management and the relative passive role of customers but exploits new technologies, such as those already mentioned dispersed sources, IK technologies (e.g. smart meters), modern compensation devices, energy storage…

These new technologies made it possible to upgrade the existing power system to a new active form. Active networks mean that users play a more important role, actively adjust their spending to network conditions, and act as small business units on the market as electricity providers.

LEST was involved in the following research topics of the project: 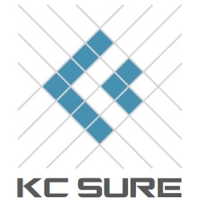