Project STORY (Added value of STORage in distribution sYstems) involves 18 partners from 8 different EU countries, among them two from Slovenia – the Laboratory for Energy Policy from UL FE and the power distributor Elektro Gorenjska. The main aim of the project is to demonstrate new energy storage technologies and their benefits for power distribution systems. 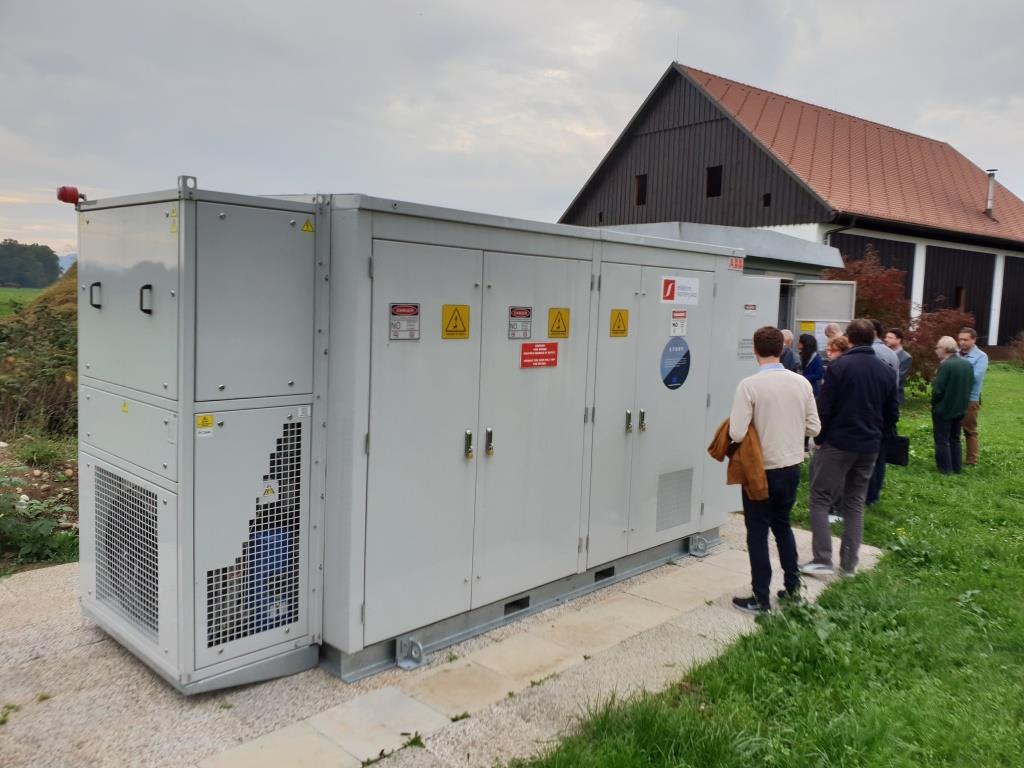 The main achievements of the project so far have been the successful integration of the storage unit into the grid, its operation and connection to the remote control system of Elektro Gorenjska. The latest project results show that the energy storage system installation and operation are achievable but high costs and the level of reliability remain of such system remain as the main concerns.

One of the project demonstration sites is the village of Suha near Kranj (Slovenia) where Elektro Gorenjska in cooperation with Belgian partner AAB, the Finish institute VTT and the LEST from FE UL launched a medium-scale battery connected to two MV/LV transformer stations in August 2018. As explained by the head of LEST, Assoc. prof. Andrej Gubina, the main aim was to demonstrate the ease of integration into the existing infrastructure, including interoperability, its control system and its communication with other devices in the distribution system. Within the project LEST lab developed an algorithm to control how the battery storage systems charged and when it releases energy back to the grid. Moreover, a simulation model of the network not only for Suha but also for the Elektro Gorenjska headquarters was established. This has broadened the options for analysis in some of the use cases that cannot be tested in practice.

The representative of Elektro Gorenjska, Mr. Marjan Jerele, emphasised a successful peak shaving. In the summer, peaks were reduced by 40% on average. In the winter, lower reductions (around 25%) can be achieved as the solar generation is low. Within the project, Elektro Gorenjska was focussed mainly on testing the storage of energy generated during the day and its consumption during peak demand.

Mr. Jerele pointed out also the current downsides of the battery systems. They are connected mainly to the efficiency of the system which at normal operation never exceeds 60%. Due to the losses, the operation costs of the system are estimated at up to EUR 3.000 per year. Relatively high operating costs are related to a great amount of time spent on battery maintenance.

The system proved to be most useful in periods with high solar power generation which means not in the winter. Based on everything said, the battery system does not provide a long-term solution yet. The issues of costs and reliability will need to be further addressed and investigated.

More about the project is available on its website and in an article published on Energetika.net (subscription needed).